Italy enjoys the second highest life expectancy at birth in the EU after Spain (83 years, which is 2 years above the EU average). More than 23% of Italy’s 60 million inhabitants are aged 65 and older. This percentage is forecast to increase to over 27% by 2030.

Italy has one of the lowest nursing home bed capacity in Europe. To reach a capacity comparable to that of most other West European countries, Italy would need to double its current volume. This would represent approximately 400,000 additional nursing home beds. The private sector represents 20% of Italian beds, and is expected to grow significantly over the coming years.

The Italian nursing home sector is a highly regulated market. Although the system varies across regions, Lombardy and Veneto require an accreditation for operators to provide subsidised care. Federal and Regional authorities use accreditations to organise the distribution of bed capacity according to regional needs. 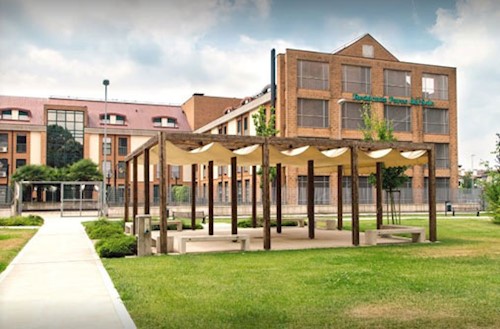 In May 2021, Cofinimmo entered Italy by investing in two funds owning six nursing and care homes in Northern Italy.

The sites are all situated in Northern Italy (five in Lombardy, one in Veneto). Lombardy has a population of 10 million people, which is approximately one-sixth of Italy’s population. More than a fifth of Italy’s GDP is produced in the region, making it the most populous, richest and most productive region in the country. It is also one of the top regions in Europe for the same criteria. Veneto is the eighth largest region in Italy. GDP per capita is 14% above the Italian and 9% above the European average. Together, the sites represent 1,127 beds and a total surface area of approximately 65,000 m2. One site also includes a dialysis unit of 16 beds.