Aware of the impact of its activities, Cofinimmo maintains a regular dialogue with its stakeholders at every stage of a building’s life cycle. The aim is to strike a balance between the interests of each stakeholder, in particular by taking into account the importance of respecting protected natural areas, heritage conservation, traffic in the neighbourhood, retail activity, residents’ well-being, etc. It also considers the needs of future occupants and a sufficient level of profitability to compensate its investment.

The materiality analysis, shown on the infographics below, consists of 3 circles, each representing one pillar. The topics appearing in the 3 circles each represent a sustainability challenge for the company. Their position on the diagram reflects their importance, which is determined not only by the way the topic they represent is perceived by stakeholders but also by the impact this same factor could have in the long term, as estimated internally by Cofinimmo.
The area delineated by the inner circle contains the nine priority areas for action of the 21 areas identified internally.
The other topics in the materiality analysis are not considered to be a priority and lie outside of the circle. This does not reflect disinterest but can be explained by the fact that most of these topics are subject to fairly strict legislation that requires companies to deal with them, irrespective of the perception of their importance within the company. 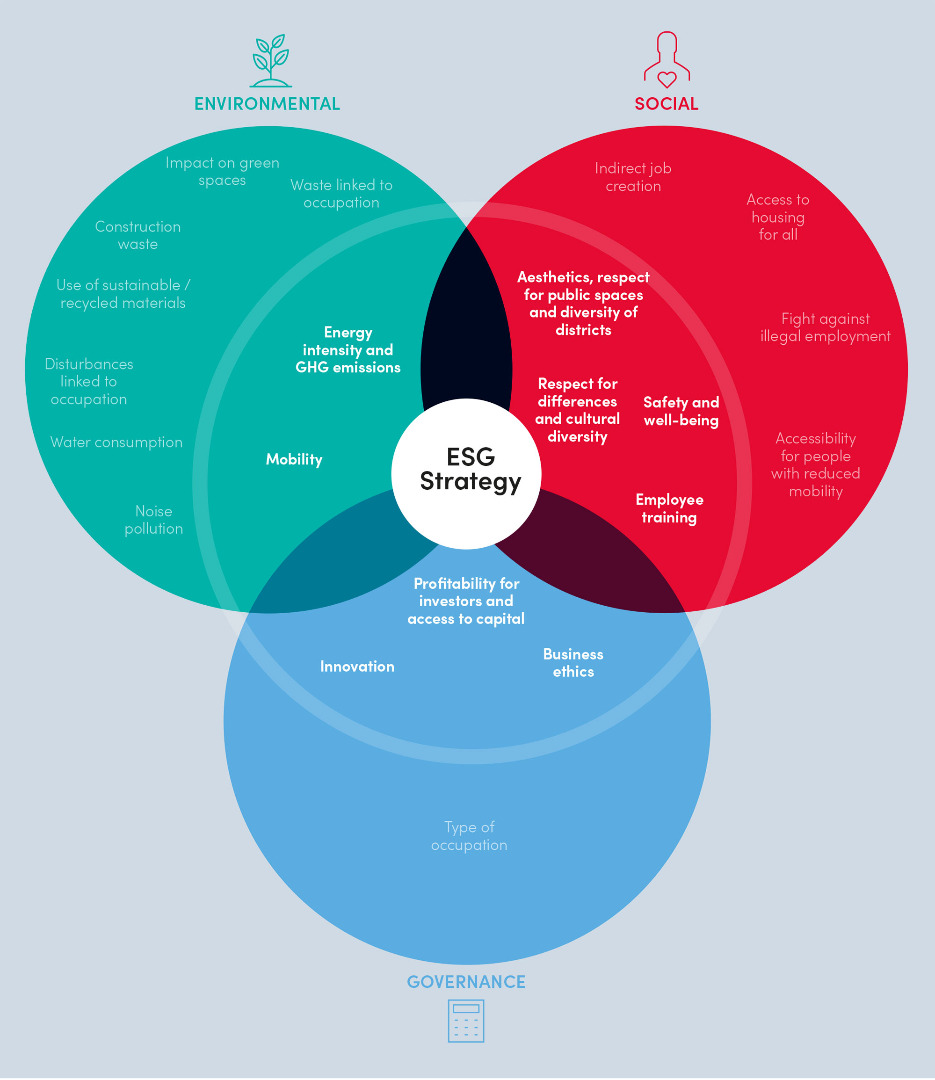